The struggle in Karnataka for regularisation of pourakarmika workers has been ongoing for the last 15 years. The workers have had to struggle against the system of contracting which made them vulnerable to irregular payments, labour law violations, physical/psychological and sexual harassment.

Last year, the Cabinet had passed a resolution against outsourcing to contractors and the Government of Karnataka had made a special recruitment policy for regularising the existing workers. 10,000 workers would be recruited as permanent staff and the others would be employed as direct payment staff. In December and January, district officials had initiated this process but then got busy because of Karnataka elections.

The Tumkuru District Collector has been working on this issue, co-ordinated by the Directorate of Municipal Administration and with a lot of support and pressure from Safai Karmachari Kavalu Samiti, Thamate and other civil society groups. There have been several protests and petitions demanding regularisation of the pourakarmika workers, 80% of whom are women, majority from the most marginalised communities.

On 6th June 2018, 723 pourakarmika workers have received a Government Order as Urban local Body employees. Of these 174 are permanent employees and 549 are under direct payment. However 45 contract pourakarmikas who either have crossed the age limit or have less than 24 months of service have been removed from service and would lose their jobs from the 1st of June 2018.

The process of regularisation is a great victory for the struggles by workers for dignity, equality and labour rights. This is a landmark action and can become a way forward for workers in other districts and States. We urge the district administration institute remedial measures for the 45 workers who have lost their employment to protect their labour rights. 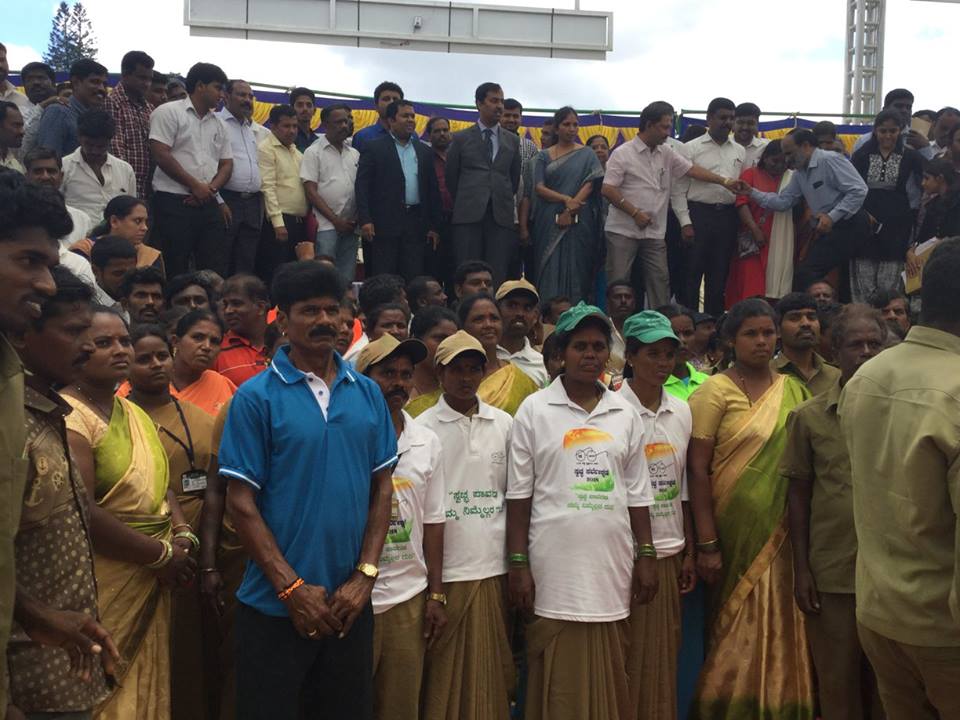